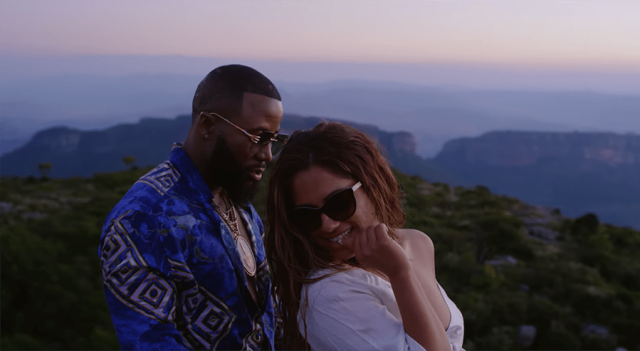 The music video is based on Cassper Nyovest and popular American media personality and model, Jessica Barciaga, as a couple on a romantic mountain side getaway. The narrative follows the couple as they spend time together by the river on a make-shift float, and as they continue sightseeing from the edge of a mountain looking out at the vast greenness.

The music video was directed by Laurenzo Dlamini, who explored the romantic narrative of the song through the music video, rather than its Caribbean and reggae influence. This is evident in the artists’ shots, which feature Cassper Nyovest seductively singing to the camera against the same white background used for Boskasie’s shots.

Watch the Move For Me music video below.