The veteran “Baba For the girls” crooner  whose recent collaborations in “Selense” Part 2 featuring the likes of Dice Ailes and Iyanya is still trending and on charts in different radio stations seems to be having a good year.

His new song is actually spelt as Te quiero which means “I like or love you like” in Spanish for a male or female companion. Harrysong actually shows that he has a good command of the Spanish language. 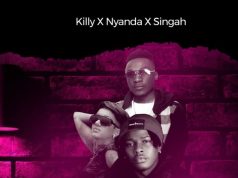